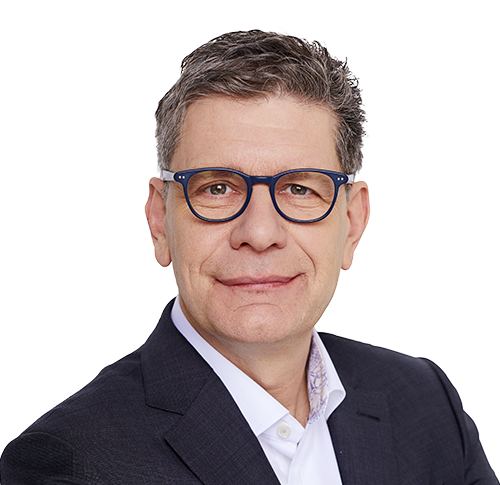 Jean Novak joined Videotron in May 2004 as Vice-President of Consumer Sales. In January 2005, he became President of Videotron Business, a new division established when Videotron Telecom was folded into Videotron to create a one-stop shop carrying all of Videotron’s business products and services. He took on the mission of developing the business telecommunications segment and providing the best customer service in the industry. Jean has since led a passionate, talented team dedicated to business customers.

Between May 2013 and September 2019, Jean was also Senior Vice-President, Videotron Retail Network, whose locations across Québec support growth in consumer mobile services and telecommunications products. During this period, he was also responsible for the retail operations of all Quebecor companies, including Le SuperClub Videotron and Archambault Group’s Retail Division.

Over the years, Videotron Business has recorded stand-out growth in the Québec business market. Today, more than 150,000 Québec businesses, or one out of three SMEs, use Videotron Business services and they have the highest customer satisfaction rate in the industry. To accelerate its growth in the large business segment, Videotron acquired data centre operator 4Degrees in 2015 and Fibrenoire, a business telecommunications competitor that specializes in fibre optic connectivity and shares Videotron’s commitment to customer experience, in 2016. Fibrenoire has since been assigned the mission of growing the large company segment within Videotron Business. 4Degrees was sold in 2019 to a world-class company in the field.

After beginning his career in the family business, Jean joined Molson Breweries of Canada in 1988, where he held various managerial positions, including Telesales Manager for Québec and Senior Manager of Sales and Distribution for the Montréal area. His distinguished performance in the latter position earned him the President’s Cup in 2000 and 2003, a corporate award for the administrative region with the strongest market share growth.

Jean Novak graduated from HEC Montréal in 1985 with a diploma in business administration/marketing and completed the CIREM senior management development program in 1995. He completed a course on corporate governance at Université Laval in 2018. He has served as a director of the Fondation Père Sablon, radio station CIBL 101.5, and C2 Montréal. He currently sits on the board of directors of Sainte-Justine Hospital and chairs the Cachou Tournament for Sainte-Justine committee.