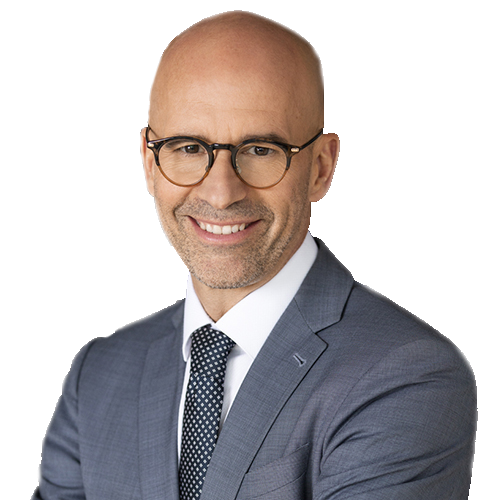 Jean-François Pruneau has been President and Chief Executive Officer of Videotron, which includes Videotron Business, Fizz, Vidéotron Le Superclub and Fibrenoire, since January 2019. With his team of 6,500 talented employees, he pursues Videotron’s mission to connect people and offer a unique customer experience through innovative solutions by the best team.

Jean-François Pruneau was previously Senior Vice-President and Chief Financial Officer of Quebecor from 2010 to 2018. He joined Quebecor in May 2001 and served, in turn, as Director of Corporate Financing, Assistant Treasurer, Treasurer, and Vice-President, Finance of Quebecor, Quebecor Media, Videotron and Sun Media Corporation. Prior to joining Quebecor, he occupied treasury positions with BCE Media Inc. and Canadian National Railway. He was also a lecturer at HEC Montréal from 1994 to 2003.

Jean-François Pruneau holds an M.Sc. in Finance from HEC Montréal and has been a member of the Montréal chapter of the CFA Institute since 2000.

Since 2012, he has been Chairman of the Board and a member of the Executive Committee of the Fondation Père Sablon, which supports the development of young people through sports and outdoor activities. He is a member of the Juvenile Diabetes Research Foundation’s national campaign committee and co-chaired JDRF’s Montréal Ride for Diabetes Research in 2012 and 2013. His honours and distinctions include the award in the “Financial Executive of a Large Corporation” category in the 2015 “Aces of Finance” competition, organized by the Québec section of FEI Canada.